The Forgotten Explorer~Samuel Prescott Fays 1914 Expedition of the Northern Rockies.

North of Jasper, in the Canadian Rockies, is a large, roadless and spectacular wilderness of alpine flower meadows, glaciated peaks, canyons, waterfalls and abundant wildlife. Compared to the millions each year who visit Banff and Jasper national parks immediately to the south, this northern area sees few visitors. Fewer still have ever attempted to travel through this wilderness in one continuous trip. The first to do so was Samuel Prescott Fay in 1914. To this day, his exact route has never been duplicated.

Fay and his party set out from Jasper on June 26, 1914, with five saddle horses and 16 pack horses. After a treacherous, slogging journey of 1,200 kilometres through wild, uncharted country they reached their destination on October 15, 1914, with the outfit completely intact. 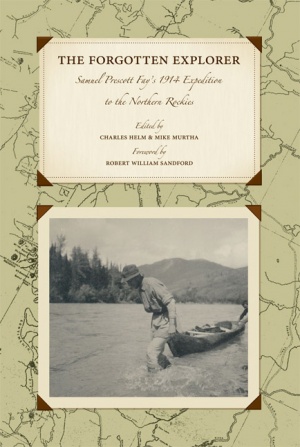