Pioneers of the Pacific Coast

n the early sixteenth century, the first exploratory ships arrived on the Pacific Coast of North America. These rovers were seeking gold and silver, fur pelts, a safe passage from the Pacific to the Atlantic, and above all, adventure. Though many of the voyagers didn''t survive the dangerous sea crossings or the perils that awaited them on land, their stories live on in Pioneers of the Pacific Coast.

Agnes C. Laut chronicles long-forgotten true stories packed with hazards and surprise. In the 1500s, The Golden Hind breaks into the Pacific Ocean, despite harsh warnings from the Spaniards that it was a "closed sea." Years later, the Russian explorer Vitus Bering and his crew are stranded on an island when their ship is caught in a storm. In the 17th century, British Captain Vancouver meets with Spanish Captain Quadra at Nootka Sound to decide who owns the Pacific Coast. All these explorers risked their lives to find out whether this perilous land was worthy of settlement. 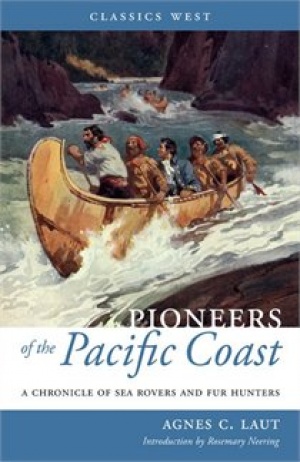